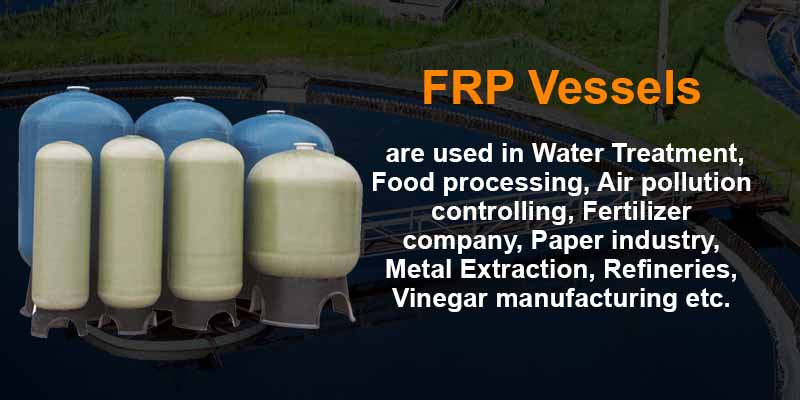 As the title suggests Fractures/Cracks are formed in FRP vessels because of brittleness. They propagate if they are left unchecked and used further. Despite precision in designing, engineering, and production, let’s say, a product has developed fracture at some points. Disturbing isn’t it? Let us know more about fracture hazards to eliminate these in the future.

Fractures generally occur due to micro crystalline flaws that are invisible to naked eyes. They prove to be the seeds of destruction and visual inspection can’t solve the problem. High-end machinery are employed to detect those flaws by passing atomic level waves (ex- X-rays, radio waves). These rays penetrate deep into metal and upon reflection, show the result graphically. The hardness quotient is reduced by brittle grain structure. Even hardest metal can form a fracture due to brittleness.

Sometimes the FRP vessels seem to work properly but few actions act as the catalysts in forming a fracture. They are listed down below:-

What causes Brittleness? How it can be ?

Sometimes, the fault may be present in the component before the vessel’s fabrication takes place. Poor heat treatment to the metal can also be responsible for it. Even though every process has been executed perfectly during manufacturing the vessel and fabrication, a foul treatment during thermal stress reduction of metal may hamper its tensile properties. Whatever may be the cause, it occurred before fabrication. But this ultimately causes brittle transformation. This negligible issue acts as a seed of destruction. Operating under any harsh environment, adding as a favorable condition the seed develops and spreads its branches all around. Some chemicals cause fatigue in alloys. Sometimes the outcome may be fatal, and cause accidents.

With maintenance as the only option left, several tests (ex- hydrostatic test) should be performed on a regular interval basis. This will inform you whether to weld the metal or discontinue its use.

Surya uses cookies to provide you with a great user exerience. By accepting, you consent to the use of cookies on this site.
Cookie settingsACCEPTREJECT
Manage consent

This website uses cookies to improve your experience while you navigate through the website. Out of these, the cookies that are categorized as necessary are stored on your browser as they are essential for the working of basic functionalities of the website. We also use third-party cookies that help us analyze and understand how you use this website. These cookies will be stored in your browser only with your consent. You also have the option to opt-out of these cookies. But opting out of some of these cookies may affect your browsing experience.
Necessary Always Enabled

Any cookies that may not be particularly necessary for the website to function and is used specifically to collect user personal data via analytics, ads, other embedded contents are termed as non-necessary cookies. It is mandatory to procure user consent prior to running these cookies on your website.